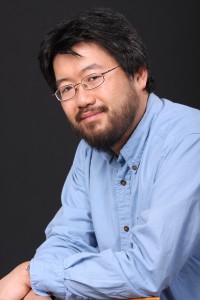 Like many people, Joseph Wu encountered origami as a child, folding paper since the age of three. Unlike most people, he continued practising his craft, and began creating original designs at the age of eleven. Joseph continues to be an active participant in the international origami community. He has been invited to attend conferences, teach classes, give lectures, and exhibit works in many parts of the world. He also co-administers the email discussion group on origami, facilitating communication between enthusiasts from over 35 countries.

Joseph’s work has been shown internationally at both conventions and at gallery shows. Photos of his work have graced the pages of many publications, including Rolling Stone, O Magazine, and the New York Times. His clients have included Stolichnaya Vodka, Intel and Air Canada, and he has produced on-set art for such TV shows and movies as Fringe and Underworld 4.

Recently, Joseph designed, built and installed a 180-foot long origami light sculpture that is the centrepiece of the newly opened Oru restaurant at the Fairmont Pacific Rim hotel in downtown Vancouver. He also contributed origami lights to the Vancouver pavilion at the 2010 Olympic Games. Beginning on November 24th, 2011, a collaborative project between Joseph and Tangible Interaction, featuring almost 100 computer lighted jellyfish will be installed for view at the Vancouver Aquarium.